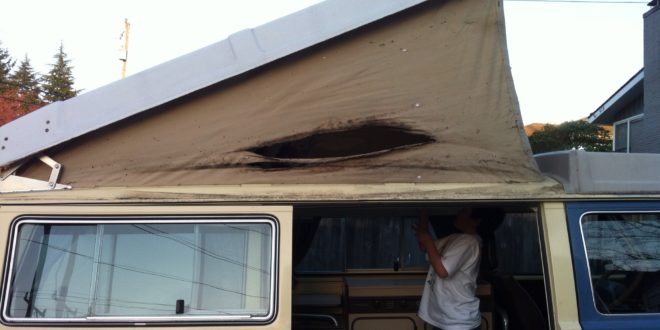 It needs a good bit of work. 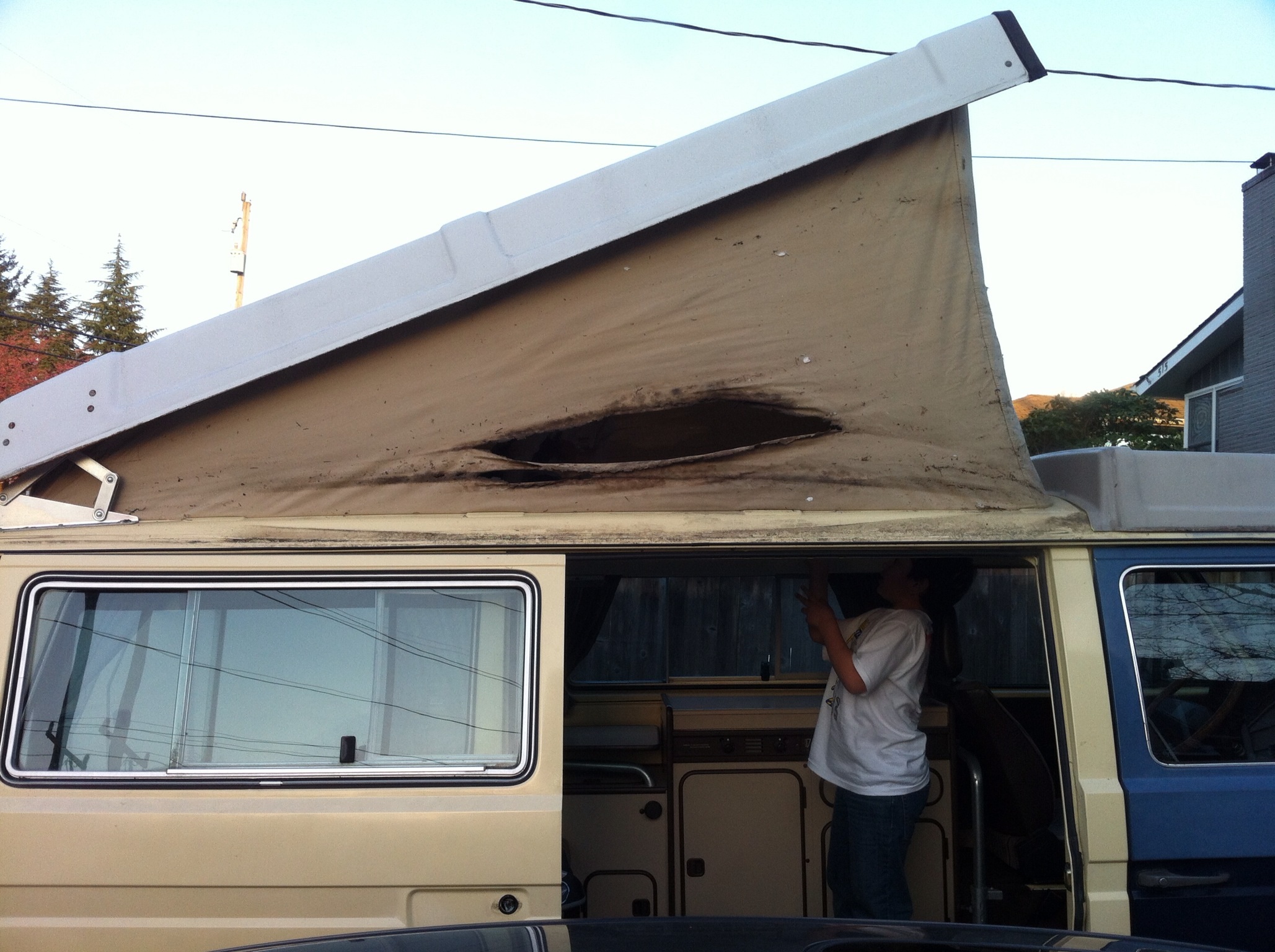 An elderly gentleman had passed away and I bought it coming from his estate.  He had bought it new in Montana from looking at the receipts and work orders that came with it.  Every panel had dents.  The interior was pretty clean though.  With some negotiating I got a good deal on it.  There was an issue with the titling being in two different names that “should be able to be resolved”.  The proper paperwork was found and the title transferred.

A few cigarette burns in the front seat here and there.  There is some wear on the drivers seat but its n0t too bad.  It had the heads replaced a few thousand miles ago at the VW dealership.  It apparently began to sit in the garage more and more from the end of the 90s.

Oil change receipts and other repair records lined up with mileage and dates.  It appears to have been serviced at VW most of the time.  The hoses and brakes had been maintained with most of the rest of the van.  It was not too bad a deal considering that most Westfalias here in Seattle go for at least 4 to 5 thousand dollars.  I looked around for months before finding this one, and buying it.

It needed tires badly but  I drove it home.  It had decent power for a Volkswagen Vanagon.  Its slow but its on par with the rest of them.

One day the wires in the dash started smoking and melting.  I unbolted the battery terminal as fast as I could.  It was a feverish attempt to minimize the damage.  It turns out that in 84 the auxiliary lights on the dash were looped in a way that they were not fused properly.  I had to replace that part of the harness that deals with the dash lights and cigarette lighter.  Next time Ill be more careful putting the dash in and out.

I couldn’t figure out the headlight switch so I took it to a VW shop here in the Northgate area.  Instead of putting a 25 dollar switch to replace the 84 headlight switch with an 85 they charged me 225 dollars to rewire the light switch.  The old man at the shop seems to have some difficulty in the social arena so I won’t go back to them.  Since Ive heard several other stories of him being less than personable.  Viva customer service.

The little 14 inch rims and dry rotting non load rated tires were in need of an upgrade.  I looked around until I found a good deal on Craigslist.  They weren’t necessarily the design or style that I loved but they were 16 inch alloy Mercedes rims in a 16 inch.  And they were a cheap and in good shape.

The rims will clear the center hub but need the lug holes opened up with a drill.  Loogy, AKA Chris at T3 Technique hooked me up with the proper fasteners and hub centric spacers to make the rims fit and function beautifully.  It handles much better with low profile tires but I will soon replace them with a higher sidewall and better traction tires for my off-road shenanigans.

We patched the canvas the best we could.  I think that I might have overheated some of the patch material with the iron as a couple places had to be glued after ironing the patches in.  Otherwise it will hold over until I make my mind up between the various pop top canvas replacements that we have available.  Decisions decisions. 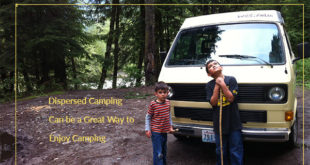 Dispersed Camping or Boondocking is a Great Way to Enjoy Camping! 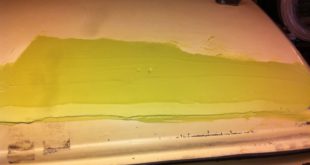 Mixing the body filler is one of the hardest parts of filler work.  It depends …